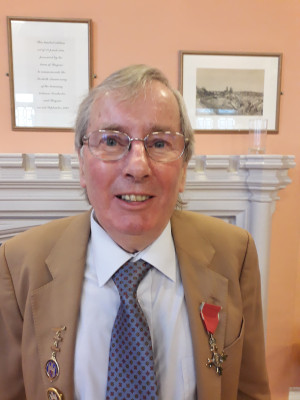 The Dorchester Branch and the West Dorset Local Party want to recognise and thank Trevor Jones O.B.E. for the many years of dedication he has given to the local and national Liberal and Liberal Democrat Party and the local community.

A Celebration Dinner will be held on Friday January 31st 2020 at the Corn Exchange, Dorchester at a cost of £28.00 per person.

Trevor was inspired to join the Liberal Party after listening to Jo Grimond.  He first fought an election in 1968 and he served as a Dorchester Councillor at Town, District and County levels for over half a century.  He was the National Chairman of the Association of Liberal Democrat Councillors (ALDC) from 1976-1985 and Founder Chairman in 1985 of Liberal Democrat Publications.