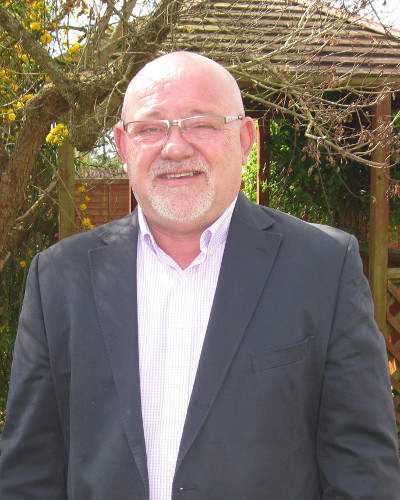 Jon Andrews was born in Sherborne in 1959 and has lived in the town all his life.

He was educated at Fosters School, started an engineering career as a Westland apprentice and went on to fill a number of key management posts within the company.  Jon then went on to gain a post experience degree in Manufacturing and Business Management at the University of Warwick. Until recently he had a role in the management of the supply chain at Boeing.

In 2002 Jon and his wife bought the Stores at Simons Road which they sold in 2015. They will have been married for 30 years this June and they have two married daughters, Rebecca and Kerrie, who are both expecting and so will shortly make them grandparents.

Jon has a keen interest in Sport and has represented Sherborne at various levels in Football, Rugby, Cricket, Golf and Skittles.